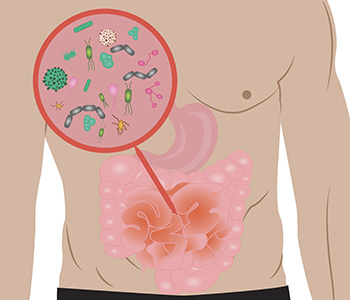 Brooklyn patients ask, “What is SIBO and how is it diagnosed?”

Home » Brooklyn patients ask, “What is SIBO and how is it diagnosed?”

Brooklyn patients ask, “What is SIBO and how is it diagnosed?”

If you’ve ever experienced bloating that was so bad that you could barely keep your pants buttoned, you could potentially have a condition known as

Small Intestinal Bacterial Overgrowth or SIBO. SIBO occurs when the bacteria overgrow in the small intestines, causing an unbalance. When individuals in Brooklyn come to Atlantic Gastroenterology with symptoms such as abdominal cramping, gas, bloating, vitamin B12 deficiency and diarrhea, we often recommend lab testing for SIBO.

To understand SIBO, it’s important to understand the role of bacteria in the GI tract. Healthy gut bacteria are important for overall health, thyroid function, immune system, and bone health. In fact, there are over 1,000 different species of bacteria that collectively make up the ‘gut microbiome.’

Too much good bacteria can be bad

In SIBO, the overgrowth of bacteria will begin to feed off the sugars in undigested food. The bacteria thrive on simple and complex carbs, alcohol, and starches. As this occurs, the carbohydrates will ferment and produce the byproduct Hydrogen. The excess Hydrogen then begins feeding on organisms in the small intestine and produces the byproduct methane. Thus, individuals with SIBO have excess levels of both Hydrogen and Methane in the small intestines.

Patients in Brooklyn may come to us with the following symptoms of SIBO:

We rely on enzymes, muscles, nerves, and neurotransmitters to effectively digest food. The role of enzymes is to break down the food while the muscles and neurotransmitters guide the food through the digestive system, from the stomach all the way through the intestines and colon. In healthy individuals, bacteria move all the way through the digestive system to the colon along with the food. In individuals with SIBO, something disrupts the process. This can include:

There are two main types of SIBO: Hydrogen and Methane. Both respond differently to various treatment options, so it’s important for testing to determine what type of SIBO is causing the symptoms.

Breath Test – This is the most accurate test and can determine whether the SIBO is Hydrogen or Methane. The test requires patients to fast for a period of 12 hours and then to complete multiple breath tests over the period of several hours. The goal is to determine if the levels of hydrogen or methane increase.

Organix Dysbiosis Test – This is a urine test that looks for yeast or bacterial overgrowth. While the test is easier than a breath test, it does not distinguish between Hydrogen or Methane SIBO.

Comprehensive Stool Test – This test looks to identify elevated bacterial levels in the intestines. Can also be used to diagnose other gut issues. 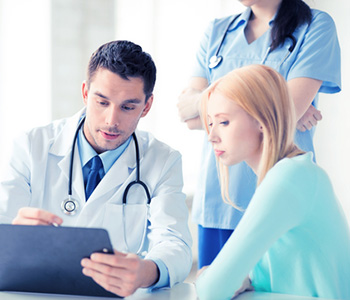 Treatment for SIBO requires a multi-faceted approach. One of the first things we recommend is diet modifications to essentially “starve out” the overgrowth of bacteria. This includes limiting things like alcohol, breads, sweets such as cookies and cakes, whole grains, and legumes. We recommend a diet high in lean protein, healthy fats and non-starchy vegetables.

We may also recommend a course of antibiotic treatment to attack the bacteria. Different antibiotics are used depending on whether the SIBO is Hydrogen or Methane dominant.

Finally, we will work to address any other underlying causes of the SIBO and restore the good bacteria within the gut.

If you have been experiencing any of the signs and symptoms of SIBO, contact the Brooklyn area gastro team at Atlantic Gastroenterology. To make an appointment, call 718 521-2840 today.

Home » Brooklyn patients ask, “What is SIBO and how is it diagnosed?”